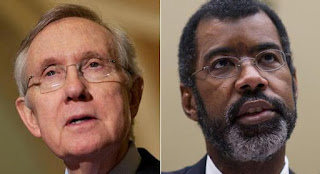 Those of us who live and work "inside the Beltway" can sometimes get a little smug in our conviction that we really understand how things work around here.  Recent events, however, are leading me to question my own sense of certainty about my understanding.

The first blow to my feeling that I "know the ropes" came last December, when the news went public that four of the Commissioners at the Nuclear Regulatory Commission had written a letter to the White House complaining about the behavior of its then-Chairman, Gregory Jaczko.  I don't want to go so far as to assert that this event is unique in the history of the Republic, but in the more than six months since that incident, I have not been able to find anyone who can point to a comparable incident.  After all, this letter was endorsed by all of Jaczko's peers on the Commission, by both Democrats and Republicans, and was not a closed-door intervention, but rather, was a message to the very top of the Administration.

With the departure of Jaczko at the end of June and his replacement by Dr. Allison Macfarlane as Chairman, I would have thought that the story had come to a logical conclusion.  Not so.  In recent days, I see that the issue is still simmering.  In the first place, Jaczko's friends and former Senate colleagues put on a farewell-cum-fundraising party for Jaczko, to help him pay off the legal expenses he incurred defending himself against the charges brought against him, and have now established a website to collect additional funds.

For those who may wonder why he needed legal support, since he was not sued and had no court appearances, I know from my own past, when I worked for the government, that I frequently got advertisements for insurance that would cover legal costs that might be incurred in defending oneself against accusations of wrong-doing.  (And in fact, agency guidance always recommended hiring legal counsel in such cases.)  Therefore, the fact that he had an attorney was probably prudent of him.  The fact that he did not carry the insurance was surely a mistake.  The fact that his colleagues are publicly raising money for this purpose is an unseemly postscript to this unfortunate affair.

And yesterday, I discovered that the saga has still not ended.  In a piece published in Huffington Post, Senator Reid made a strong attack on Commissioner Magwood, accusing him of lying and calling him various unflattering names.  Again, I can't confirm that this is completely unprecedented--and I do know that Senators and Congressmen sometimes resort to name-calling--but this incident certainly has some unusual overtones.  Name-calling is usually reserved for members of the opposite Party; Senator Reid and Commissioner Magwood are both Democrats.  Name-calling usually occurs in the heat of the battle; this battle would seem to be over, with Jaczko ousted and a new Chairman--in fact, one who was Reid's choice--installed.

In fact, the biggest question my friends and I have been debating in the past day or so is:  Why now?  The end of the article suggests that Reid "wasn't looking to eviscerate Magwood and would have kept his concerns private if he hadn't been asked."  That seems disingenuous to me.  Surely, a Senator could respond to such a question by saying that this chapter is closed.  After all, it is hard to imagine a likely scenario where Magwood could be appointed Chairman of the NRC.  If Romney wins the election, he will appoint a Republican.  If Obama wins, Macfarlane will most likely stay in her position.  There is a hint in the final sentence of the article that Reid might be trying to assure that Magwood is not nominated for any other position.  One wonders if that means that something along those lines has been floated?  Or if he is posturing to help Obama in the State of Nevada?

So this whole episode appears to be lingering long beyond what we'd all expected.  At this point, I don't suppose it is any special "inside the Beltway" wisdom or insight to say that it seems that the saga is not yet over, but the only thing most of us can do now is to stay tuned.