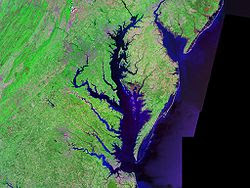 There's More to Him than His Hair!

I am going to use this post to reflect on some lighter news.

First though, a serious introduction.  Ernie Moniz was sworn in as Secretary of Energy on May 21.  I had the pleasure of working at the Department of Energy during part of the time that he was Under Secretary there, and always found my meetings with him to be interesting and valuable.  I was therefore looking forward to following the press coverage on his first days in the top position in the agency.

What I did not expect was that there would be such a to-do about his "hair-do"!  Twitter was abuzz--full of comparisons between his hairdo and that of other celebrities, past and present.

I must say that I viewed the whole discussion with mixed emotions.  It has long irritated me how much the press comments on the physique, clothes, and yes, hair, of prominent women.  Usually, the same press is silent on the same matters for men who make the news.  Women have been criticized if they dress too sexily, but they are criticized just as much if they look frumpy.  We heard endlessly about Hillary Clinton's hairband when Bill Clinton was first elected President, and her pantsuits in more recent years.  We now keep hearing about how much Michelle Obama's arms are bared.  I could fill a dozen posts with witty barbs about how Supreme Court Justice Elena Kagan dresses.  Likewise, we see tons of pictures about the hats worn by the British royalty.  (OK, those really are amusing.)

For the most part, the press is much lighter on men.  Oh, in recent years, when they pilloried Kagan for her style, they did comment that the male Supremes were no fashion plates either, but that was a mild aside to make it look like they were being fair.  One neutral sentence to balance multiple comments about how she'd be happy in a flour sack, and that she looks like someone who buys the first dress she picks off the rack at Macy's.  New Jersey Governor Chris Christie might be the exception.  The press does indeed focus on his physique--but look at how extreme he had to be to get them to do that!

So, what does it mean when we see so much attention being paid to Ernie Moniz's hair?  Is this another step toward more equal treatment of men and women?  What is the reaction going to be when someone with green and purple hair moves into a position of power?  It may be coming, folks!

Fortunately, Ernie seems to have a sense of humor about the matter.

To end on a more serious note, the country faces many serious issues in the energy sector, and in this era of budget woes, there will be added difficulty in making progress to assure that we have safe, secure and economic energy supplies in the future.  Dr. Moniz comes with a wealth of experience and is in a position to make important decisions that will affect our energy supplies for years to come.  He needs to hear from all parts of the community about the issues that concern us.  We need to be focused on what is inside his head, not on it!