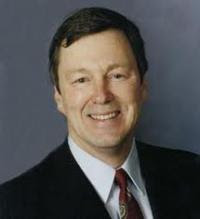 John, who has had a distinguished career in Washington, DC and as the US ambassador to the United Nations organizations in Vienna, Austria--among them, the International Atomic Energy Agency--is an outstanding speaker, so it is no surprise that the excerpts of his speech published in the Nuclear Energy Insider hit the key issues head-on.

John terms the issues "red herrings." For readers who may not be familiar with idiomatic American speech, a red herring is a diversionary issue. John comments that "it sometimes seems that nuclear professionals are condemned to swim in a sea of these fish."

In his speech, John identifies 6 such issues:

1. Proliferation: He makes several points about the Nuclear Non-Proliferation Treaty and the role he sees that it has had in maintaining a generally stable nuclear weapons situation. He acknowledges the remaining issues, but the key point he makes, in my opinion, is that "these issues would exist with or without the global renaissance in peaceful nuclear power."

3. Affordability: John takes on the claim the claims that nuclear power is heavily subsidized by the government, noting that research support is not an operational subsidy, and pointing out that the fee required from operators for the loan guarantees actually bring revenues into the government. He acknowledges, however, that industry faces a challenge to reduce the capital costs of new nuclear power.

4. Waste: After noting the small volume of nuclear waste, he points out that this is a government problem, and that several governments--he mentions Finland, Sweden and Russia, among others--have made strides in addressing the issue.

5. Terrorism: He feels concerns have been exaggerated, and that any radiological device is likely to come from a source such as a hospital rather than from a nuclear power facility.

6. New Red Herrings: He cites 3--shortages of fuel, people, and key equipment. (In my view, this really makes 8 red herrings--and I could probably add a few more that I know of--but this is a very slight quibble.) John asserts that all 3 are not intractable problems--a combination of new ore discoveries and mining techniques, reprocessing, breeders reactors and the thorium fuel cycle will assure ample and affordable fuel supplies for a long time; and supply and demand will assure that the people and the manufacturing facilities will grow to meet the emerging needs.

The above provides only excerpts of the excerpts from the Nuclear Energy Insider, so John undoubtedly fleshed out some of these areas more than I am able to do here. I myself would have liked to see what else he had to say in several of these areas, particularly on terrorism. However, even in abbreviated form, his speech provides a number of points that are useful to keep in mind when you find yourself swimming in a sea of red herrings.

When the Lights go Out:

Powerless!
A couple of weeks ago 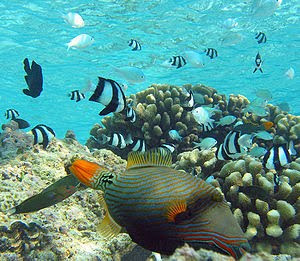 , the Washington area had what I hope is a wake-up call on the importance of a reliable supply of electricity in our lives today.

As was widely reported, a severe thunderstorm left a widespread power outage in its wake, and the ensuing recovery was slow. I myself was without electricity for about 50 hours--and some of the aftermath of the outage lingered several weeks longer, which is why I haven't written about this sooner. In any event, it reminded me of how totally dependent we are on electricity today, as if I needed such a reminder.

Of course, I hasten to say that this particular outage was not a problem of insufficient or intermittent supply, so some might say that it is not relevant to compare this situation to what might happen if some of our reliable baseload power sources are replaced by intermittent ones. Nevertheless, I think it is relevant to the degree that I could see how rapidly life deteriorated without electricity.

It may take a day or two for food in the refrigerator and freezer to spoil, but modern communications, from the humble telephone to the computer, all require electricity, so those were gone immediately. And the backup cellphone is only good until it needs to be recharged. Thank goodness I had a neighbor who needed a backup generator--for their tropical fish! (Hence the illustration for this posting.)

Others might say that human beings once lived comfortably without electricity, so we should be able to endure occasional outages. Or, that billions of people in the world still live without electricity, or with inadequate and unreliable electricity. True, but shouldn't our expectations be higher--for everyone?

The truth is that in the United States, just about everything in our lives is now dependent on electricity. Even the gas stove has an electric starter. Of course, you can still use a backup, but the assumption clearly is that we will have electricity 24/7. Or else, why has everything electronic that we own been designed with a clock that needs to be reset every time the power flickers?!

Of course, even with a generally reliable energy supply, we are still subject to the whims of nature, as the recent thunderstorm so spectacularly demonstrated. But that was (where I live, at least) once in over 30 years. This storm more than convinced me that I would not want this to happen--even for a couple of hours--every time the wind stopped blowing or every time we had a couple of days of heavy cloud cover.

Don't get me wrong. I am not against renewables. I think they have a place. My point is that every energy source has pluses and minuses. The intermittent nature of renewables is, in my view, a very big minus for those sources. So far, all the solutions I have seen will probably increase the cost of renewables to unacceptable levels, and will probably undercut the environmental benefits when you consider the environmental footprint of the backup sources. Baseload sources, including nuclear power, also have both pluses and minuses. However, on the scale of availability and reliability, there is no contest.

I may be spoiled by the fact that I've enjoyed the benefits of electricity, but I don't think it's wrong to want those benefits. After all, over time, hasn't technology, from the invention of the wheel onwards, lifted all of us from a world where most human beings lived short and brutal lives?

I just hope all the Washingtonians who were without power for days this summer remember this when it is time to make decisions that involve future electricity supplies.

With the proliferation of possible new reactor design concepts bombarding us recently, it is encouraging to see some efforts starting that can help us compare the claims of the competing ideas on similar grounds. The first such effort to come to my attention is a recent article in IEEE Spectrum. Amusingly, the article is titled "Reactors Redux" in the hard copy of the journal, and "Nuclear Reactor Renaissance" on the Internet.

Perhaps I've missed some other comparative assessments, but most of what I have seen to date are claims by the proponents of each individual technology. If I have seen independent analyses at all, they have been targeted toward a particular technology, and did not provide a sense of where that technology stood with respect to others. Since some of the new design concepts are very different from current operating nuclear power plants, it is really helpful to have assessments that compare technologies on more or less equal terms.

The IEEE Spectrum article is at least a start in the right direction. Unfortunately, it doesn't go as far as I would have liked. And quite a few other people share that view, judging by the comments. A more serious flaw, in my view, is that the article does not provide a clear rationale for why they picked the designs they picked. Did they judge these to be the best of the crop? Were these the ones for which they had the most information? It makes a difference. The comments help in identifying some of the other potential options.

One could also argue that this article does not do an in-depth assessment of every one of the technologies. Clearly, it would not be sufficient to make a decision among the options, but that was not its purpose. It does help the reader understand in general terms some of the major issues associated with each technology, including the very important issue of its status of development.

I am aware that there are now other such efforts underway, and the coming months should provide us more and better comparisons between competing technologies. In particular, I know that Ed Kee of NERA Economic Consulting is presently starting a study that should greatly exceed the scope of the IEEE Spectrum article--covering more designs and more issues at greater depth. That study should be a great contribution to the dialogue. There will hopefully also be other articles in general technical publications in the future.

Until then, this article at least starts to put things in perspective for those of us with insufficient time or energy to have probed the details for ourselves.