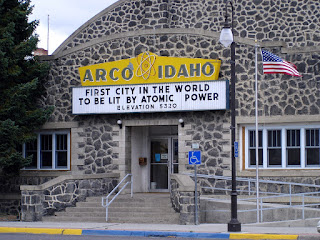 The Case for Greater Logic

A recent article in the New York Times highlighted some of the inconsistencies many of us have long noted between the concerns over climate change and the actions being taken--or not being taken--and added a few.

Eduardo Porter starts his discussion by asking whether America's efforts to combat climate change are going off the rails.  He then continues by saying, "environmental experts are suggesting that some parts of the [U.S.] strategy are, at best, a waste of money and time. At worst, they are setting the United States in the wrong direction entirely."

The point that came as the greatest surprise to me was that allowing the burning of biomass in power plants to help reduce consumption of fossil fuels produces 50 percent more carbon dioxide than burning coal.  This seems contrary to all the discussions I have heard about the benefits of using biomass, and the article didn't provide enough detail to allow me to verify the statement independently, but at the very least, it suggests we may need to analyze the biomass option more thoroughly before we commit to it.

The article also panned some energy conservation efforts, particularly weatherization programs, on economic grounds, saying that they cost more than twice as much as the energy savings they produce.  Furthermore, energy efficiency efforts worldwide are slowing, according to the article.

The concern is that a lot of the strategy for reducing carbon emissions relies on energy efficiency improvements and the use of biomass, so if these strategies are flawed, the U.S. and the world is unlikely to meet carbon-reduction goals.  The author doesn't mince words, saying that such strategies "are driven more by hope than science."  He bemoans the fact that ideological considerations are limiting the options, and are excluding potentially more viable options such as nuclear power.

While this article seems to focus perhaps a bit too much on concerns about biomass, the overall case it makes--that we need to be guided by science and not by unfounded phobias and unreasonable hopes--is a very important one.  As the U.S. and the world continue to make decisions on how to reduce carbon emissions, we cannot rely on preconceived biases or simplistic assumptions about the benefits or liabilities of any option.

Nevertheless, that incident certainly sensitized the United States and many other nations to their potential vulnerability.  That sensitivity lingers to this day, and has been reinforced--albeit in other parts of the world--by more recent incidents, such as Russian threats to cut European gas supplies.  However, it seems to me the thinking has evolved from a concept of total independence to one of having multiple options--a kind of independence by virtue of diversity, perhaps.  This manifests itself in a number of ways.  President Obama's statement that we need an energy strategy that includes "all of the above" is perhaps the most explicit statement on the subject.

But the same concept works within a technology as well.  Nuclear power plants are a good example.  Nuclear power plants need uranium to operate, and many nations do not have indigenous supplies of uranium ore (or the capability to enrich it).  Nevertheless, there is far less concern over uranium supplies than there is over oil supplies, in large part because there are significant uranium resources in a number of countries.

There are some who argue that the use of renewable energy provides true independence, but even that is not completely true.  Wind turbines, for example, use rare earths, and currently, the largest known sources of rare earths are highly concentrated in a few countries, such as China.

Thus, while I am pleased to celebrate Independence Day and all it stands for, I also like to think that maintaining our independence today requires that, to meet critical needs, such as energy supply, we must maintain a diverse set of options, both in the technologies we use, and in the sources of supplies for those technologies.

Posted by Gail Marcus at 8:18 PM No comments: