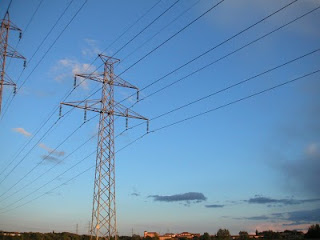 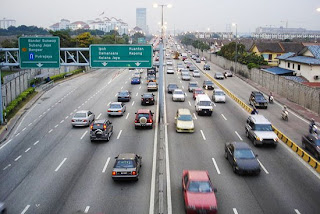 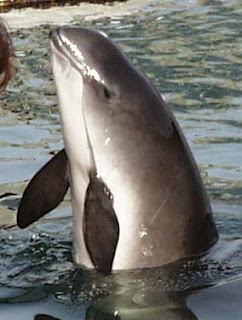 No Free Lunch
Those of us in the nuclear business figured out a long time ago that there is no such thing as a perfect energy source. While the risks and shortcomings of nuclear power seem to have gotten most of the press over the years, as other energy sources are being promoted more and more, the downsides of those sources are also beginning to emerge.

I have been collecting some of the "newer" (at least to me) concerns about non-nuclear energy sources that I've seen mentioned in the press and elsewhere, and from time to time, I will share what I've collected. This posting will provide the first installment.

I hasten to say that I have not investigated every one of these concerns in great detail. Some, it seems to me, are most likely overblown. Others may not be very serious or may be easily overcome. Still, the very fact that concerns are emerging should, I hope, demonstrate to the general public that no alternative is entirely benign.

I have already commented on the fact that environmentalists have expressed concern about the environmental impacts of solar arrays. The issue continues to crop up. In fact, I had a comment to a previous posting from a reader that he shares the concern about the impact of large solar arrays on the desert. I am not insensitive to this concern. I had really noted the argument because, at the time, I was surprised that environmentalists were coming out against a solar power project. The recent article explains that the environmentalists are just against large arrays. They support the idea of building rooftop solar collectors and backyard windmills.

The problem I see is that not everyone lives in a suburban neighborhood with a sun-drenched roof. We also have to meet the needs of large urban populations, people in tree-covered neighborhoods, industry, commercial buildings, etc. The proponents of roof-top collectors are silent on how to meet the needs of the entire population. In an effort, perhaps, to show they are open-minded, one of their arguments is that we shouldn't rush into building large solar arrays. We should should stick to rooftop collectors for now, and should study large arrays more before building them.

I scratch my head in puzzlement, because other projections I hear assert that we shouldn't launch new nuclear power projects because they take too long to build, and we don't have the time to wait. Hmmm....

One issue that I've personally long wondered about has also finally surfaced, and that is the possible environmental impacts of manufacturing solar cells due to the toxic chemicals involved. The article reports that there is now a citizen suit in Spokane, Washington seeking to halt the construction and start-up of a chemical plant for silicon production. The suit alleges a history of permit violations, chemical releases and accidents by the company in the past.

Now, I am not going to defend any company that violates laws. Every company should be required to meet all applicable laws and rules, especially those affecting public or worker health and safety and the environment. No one wants an industrial neighbor with a bad track record, although in this case, it was unclear whether the citizens would be satisfied with a company with a clean track record. Knowing that manufacturing solar arrays is an industrial process like any other, and that it involves toxic chemicals, it strikes me that even a solar manufacturing plant operated by a company with an impeccable record might not be a popular neighbor.

If both the manufacturing facilities and the solar arrays are potentially going to meet strong public opposition, I again wonder what realistic solution will meet public approval.

We have already heard many objections to windmills from an aesthetic perspective, and from the perspective of impacts on migrating birds. A more recent report is that the noise of offshore wind turbines poses a threat to porpoises. The article notes that there are ways to reduce the noise, but they are costly. Again, I'm no expert on the effects of noise on aquatic mammals, but I have heard enough concerns about Navy sonars and whale migrations to know that this is an issue. Nor do I have any quantification of the cost of reducing the noise to acceptable levels. The article relates to porpoises in the Baltic Sea, but one would have to assume that the concern would apply to many other locations.

Perhaps a lower level of concern is a recent report that solar panels can attract breeding water insects. The shiny black solar cells reportedly can attract water insects away from breeding areas. I am not clear on whether this is really likely to impact insect populations seriously, and whether there are any larger potential effects (mosquito control, for example) of concern. In fact, I might have thought the big problem is not the loss of insects, but perhaps reduced efficiency of the collectors if some of the surface is covered. Furthermore, in this case, there appears to be a relatively easy fix--applying white grids or other additions to the surface of the solar cells to break up the polarized reflection of the light that deludes the insects into thinking the solar cells are water and depositing their eggs there. However, such grids or other modifications come at a cost--they cover some of the solar cell surface and therefore reduce the solar energy generated by up to a couple of percent.


I report these problems not to suggest that we cannot use solar cells or offshore windmills, but rather to point out that even the sources of energy that people consider the most benign may have environmental problems, ranging from small, solvable ones to large, intractable ones.

I actually regard it as a good sign that people are thinking about these kinds of impacts now. At the very least, this recognition should help us plan for the future with a fuller understanding of the pros and cons and to make more rational decisions on what we are willing to live with. In the past, industrial developments of all kinds have often been implemented without adequate anticipation of environmental and human impacts, especially as the scale of deployment increased. If we have learned that lesson and now project and plan for such impacts in advance, be they to porpoises, or water-breeding insects, or anything else, I see that as an improvement.

Of course, there is still a chance that the concerns could stall needed progress altogether, and we could end up deferring or rejecting the tougher decisions and hope that a few solar arrays on rooftops will solve our problems. However, I am optimistic that most people, and particularly the decision makers, are beginning to realize that every source of energy has pros and cons, that no alternative is without some risk or some human or environmental impact, and that the risk of doing nothing could ultimately have far more serious impacts--on public health and safety, the environment, and the economy--than does the risk of implementing a robust mix of energy supply options. In fact, I dare to think that the growing recognition of the concerns related to the use of solar and wind technologies is beginning to put the risks and benefits of all energy technologies in perspective--and that, in turn, is continuing to raise the interest in nuclear energy for the future.