Another Beverage with Benefits 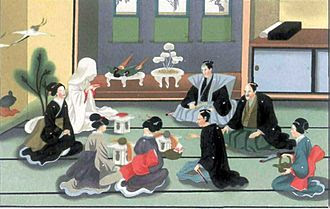 It looks like I have an opportunity to start my blog this year with yet another claim of a beneficial effect of alcohol.  (Those who have been following this blog for some time will recall that I have previously written several posts on various intersections between radiation and wine, whiskey, and cheese.)

This time, the beverage in question is sake.  A new study alleges that sake may help counter the effects of radiation poisoning.  The effect is postulated to be due to antioxidative characteristics of sake.

So far, the benefit has been demonstrated only in the case of mice.  Of course, it would be hard to do a controlled study on humans!  But the interesting part was that the effect was not attributed to alcohol alone, as the study did compare the response to radiation poisoning in mice that consumed sake, mice that consumed ethanol, and mice that abstained from alcohol altogether.

In the interests of full disclosure, I haven't reviewed the study in detail.  However, I do find it interesting to hear of findings that both sake and red wine (in both cases, used in moderation) might confer benefits against effects of radiation.  It is certainly an area that may merit further study!