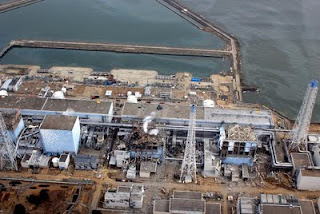 One clear outcome of the accident at the Fukushima Nuclear Power Station is that it will focus technology development and regulatory requirements towards the systems that seemed to contribute to the situation at the Japanese plant.

A number of these systems are obvious, of course: spent fuel pools and emergency diesel generators, for example. Others are extensions of some of these, most prominently, the whole issue of spent fuel storage.

Among those taking an early look ahead are Ernest Moniz, former Undersecretary of the US Department of Energy, and now a professor at MIT and director of MIT's Energy Initiative. An article in the Wall Street Journal's blog by Russell Garland covers Moniz's views on why Japan's accident could change US energy policy assumptions. His four top predictions are 1) higher costs, 2) an end-to-end review of waste-storage practices, 3) a revisiting of the 20-year license extensions in the US, and 4) a shift of R&D from advanced fuel systems to issues associated with cladding and other safety-related matters. He points out that US models of energy supply and demand in the coming decades all assume most license renewal applications will be approved, so any delays (or even retractions of licenses already granted) could affect the presumed availability of tens of thousands of megawatts of clean energy.

A paper by Akira Tokuhiro of the University of Idaho, submitted as a short communication to Nuclear Exchange this month, outlines some 14 technical measures that he has identified as an initial set of lessons learned. They start with the issue of cladding, noting that the hydrogen generation that caused so much trouble was produced by the cladding. His other observations relate to the issues mentioned above (such as back-up power, spent fuel pool) as well as to other issues (an offsite control room, valves for emergency core cooling, backup water supply, and more). In addition to looking at the plant itself, he highlights other areas for possible changes, including establishing alternate routes for access to nuclear plants in emergency, and establishing international teams of emergency responders.

A final push may well be enhanced interest in non-traditional reactor technologies. It has already been observed that a pebble-bed design, for example, would not need water for cooling. It is likely, however, that any look at alternative technologies will now give greater scrutiny to other types of accident sequences and their consequences, such as the possibility of pebbles jamming in an earthquake.

While a lot more remains to be learned about the accident before any such measures are adopted and implemented and all these proposals will need further examination, there will clearly be needs in these areas, and it is useful to see a dialogue developing around the question of what we can learn from the recent events.

A Small Bright Light in a Difficult Time
If I can find anything positive coming out of the events in Japan in the last few weeks, it is the number of articles I have seen in a variety of media that continue to speak of nuclear power in a balanced way. Surely, we all believe there are lessons to be learned and we can't be complacent, but increasing numbers of journalists and others appear to recognize that:
While I have not tried to track down every viewpoint on nuclear energy, here is a sampling that has crossed my computer screen in recent days:

• Why Fukushima made me stop worrying and love nuclear power, by George Monbiot, appearing in The Guardian. Most tellingly, Mr. Monbiot claims to have previously been against nuclear power, but the fact that such a large natural disaster visited upon old plants has still resulted in no public fatalities has persuaded him to support the technology. He goes on to recount some of the shortcomings of other technologies, including the inability of renewables to meet the demands of the United Kingdom. Although one can object to his characterization of nuclear industry leaders as "liars," my point is that he is able to sort the wheat from the chaff and recognize that every technology comes at a cost, and the cost of nuclear power is less than that of the alternatives. (This article is part of a pro-con, with a link to another article claiming that "Fukushima shows us the real cost of nuclear power" and that the economics doesn't add up.)

• Nuclear power is safest way to make electricity, according to study, by David Brown, appearing in the Washington Post. The title is pretty self-explanatory, but in brief, the article covers nuclear vs. other risks (mainly fossil), and even including Chernobyl in its calculus, shows that nuclear power is significantly safer.

• Another article in the Guardian, by Melanie Windridge, also concludes that Fear of nuclear power is out of all proportion to the actual risks. Like the other authors, Melanie Windridge does not dismiss or trivialize the Fukushima incident, but she puts it in the context of other risks to UK residents.

• Similarly, a Financial Post opinion piece by Lawrence Solomon concludes that Dams are Worse. The focus here, as the title suggests, is on dams, which the other articles do not cover. Since dams are also susceptible to earthquakes, this article helps complete the picture painted by the other authors.

In addition to these, which all come from mainstream media, are some pieces I've seen on websites and blogs. Most surprising, perhaps, a piece on the Treehugger website is titled Nuclear Power's Bad Rap: Coal Is Far More Deadly. As the title suggests, it compares coal and nuclear and concludes nuclear power is the better alternative. Yet another article is a blog post co-authored by Mark Lynas and Chris Goodall entitled The dangers of nuclear power in light of Fukushima. While the title may seem ambiguous, the article goes on to conclude the dangers are not as great as the hype might suggest.

These are by no means all the articles and blogs that have come across my desk--or computer screen--in recent days. It is a representative sampling. Admittedly, I've seen articles from the opposite camp as well--extrapolating from this accident to conclude there are likely to be more accidents at every plant that is older, a BWR, in an area with any probability of earthquakes, or anywhere near a coast--or for that matter, near any body of water. Still, considering that the Fukushima accident was such a significant event and considering that it is still very much in the news, the fact that so many people from outside the discipline can step back and put things in perspective is one bit of positive news in an otherwise difficult time.