The Election and Nuclear Power:

Although many in the industry feel that nuclear power fares significantly differently under the Democrats and Republicans differ significantly--and indeed, from time to time, some of the rhetoric makes it sound like that should be the case--I have never been convinced that it was.  I was therefore gratified that some of the major analyses I saw shortly before and shortly after the election support my view.  Although it may seem now that the election was ancient history, I waited in hopes of seeing more analyses.

To date, I have seen two analyses that are of particular note.  Both come from the pages of American Nuclear Society (ANS) publications, although both express the views of individuals.  One article is by Linda C. Byus, a columnist on finance for Nuclear News, the flagship publication of the ANS.  (This publication is available to ANS members only on the ANS website.  See page 23.)

In the November issue of the journal, which was published just prior to the election, she expressed her view that there was bipartisan support for nuclear generation.  Her main messages were that 1) nuclear power generation is not a political priority for any party in the US today, 2) although theree may be some philosophical differences in the measures each party is willing to support, the overall campaign positions of both Presidential candidates were quite similar, and 3) the key determinant for the future of nuclear power in the coming years will be the economic recovery, as it will serve as a catalyst for energy demand growth.

More recently, Jim Hopf provided a post-election outlook for nuclear energy in the ANS Nuclear Cafe.  In it, he covers a variety of issues and points out how the views of the Obama Administration are favorable to nuclear power in some ways while not so favorable in other ways.  For example, he projects that actions on Yucca Mountain will continue to be influenced by Sen. Harry Reid.  On the other hand, the Administration's views on climate change could ultimately lead to carbon dioxide restrictions, and that could help nuclear power.  He also notes that the Administration's views are unfavorable towards some energy sources that are viewed as alternatives, or competitors, to nuclear power--for example, coal.

Indeed, the energy landscape is very complex, so even the expressed preferences of one Party for or against nuclear power are often overtaken by other issues, including the environment and the economy.  Therefore, I expect that the overall prospects for nuclear power will continue to be positive.  Growth will be slower than was projected at the height of the Renaissance--but some of us always projected it would be.  Even Marvin Fertel, the CEO of the Nuclear Energy Institute, always cautioned against over-optimism.  The key, as Linda Byus says, will be the recovery of the economy.

I was pleased to see a new study from the OECD Nuclear Energy Agency (NEA) comparing grid costs of different technologies.  I was pleased both because the issue is an important one, and because I used to work at the NEA, and I'm glad to see them tackling this subject.

The report, Nuclear Energy and Renewables: System Effects in Low-carbon Electricity Systems, addresses the way variable renewables and so-called dispatchable energy technologies (specifically coal, gas and nuclear) interact in terms of their effects on electricity systems.  The premise of the study is that all power generation technologies cause system effects.  In particular, since they are connected to the same grid and deliver power to the same market, they exert impacts on each other. For example, dispatchable technologies need to be brought in or cut out to balance variable input from renewables.

We have long known that, but this study quantifies the effect.  The study examines the case for six technologies: nuclear, coal, gas, onshore wind, offshore wind, and solar.  It finds that the dispatchable technologies have system costs of less than $3 per MWh, while the system costs for renewables can reach up to $40 per MWh for onshore wind, $45 per MWh for offshore wind and $80 per MWh for solar. Currently, these costs are usually not acknowledged.  Rather, they are are absorbed by consumers through high network charges and by the producers of dispatchable energy through reduced margins and lower load factors.

The report recommends that system costs be made transparent in order to ensure that they are fully considered in future electricity planning.  The value of dispatchable low-carbon technologies in complementing the introduction of variable renewables needs to be recognized, and measures are needed to ensure that nuclear power and any other low-carbon dispatchable technology remains economically viable.  (No other such technologies are included in the study, but presumably, hydropower would be another such source.)  The study also recommends the development of load-following capabilities and other options to improve the flexibility of low-carbon dispatchable technologies in the future. 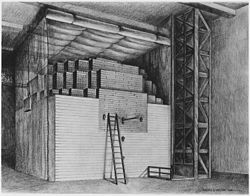