Donations Welcomed
ANS has set up a mechanism to collect contributions to support our Japanese friends and colleagues who have been affected by the devastating earthquake and tsunami. I am pleased to support this worthwhile effort and have posted a link in the right-hand column of this blog.

The Devil is in the Details
As the accident at the Fukushima nuclear power station continues to unfold, one question on everyone's mind is: Can such an accident happen elsewhere?

The question has several parts. One is the conditions that led to the accident. Clearly, most nuclear power plants are not located in earthquake zones, but some are. Even though the initial evidence is that the tsunami was the main cause of the problems, the earthquake could have been a contributing factor.

Clearly, also, most plants are not located in places where there could possibly be tsunamis, but some are. But are there other natural phenomena that could damage several units--flooding, perhaps, or hurricanes or typhoons?

The other part relates to the plant itself. I've seen a number of articles pointing a finger at plants in the United States that are similar in design to the ones at Fukushima--that is Mark 1 General Electric Boiling Water Reactors (BWRs). Some of these US plants happen to be ones that have been under attack anyway by groups wanting to see the plants shut down. The fact that a plant of similar design has suffered such an accident seems, on its surface, to help justify their arguments to close these other plants.

Those of us in the field know that all these plants are not truly identical, but it has been difficult to get information on the differences, and difficult to explain this point to people whose concerns about nuclear power plant safety have just been ratcheted up by the events in Japan. Indeed it is still unclear which of the many NRC-mandated upgrades to the Mark 1 design over the past decades were implemented in the Japanese units. 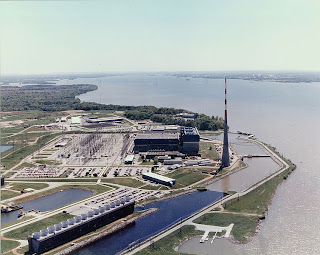 Thus, I was pleased to see an excellent article by Matthew Wald in today's NY Times that lays out some of the probable plant design differences for the Tennessee Valley Authority (TVA) Browns Ferry nuclear power plant. Kudos to TVA for opening their plant to the public eye and helping explain some of these differences.

The article also makes it clear that the TVA personnel are not complacent. Truly, the Fukushima accident has been an eye opener for everyone. We will need to confirm which of the upgrades Fukushima actually implemented and which they did not. Every plant in the world will have to be examined in light of this event, and in some cases, changes will have to be made. 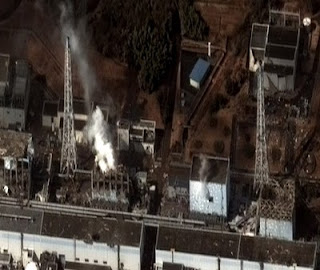 Along with the rest of the world, I have spent the past week watching in horror the incredible sequence of events unfold in Japan--a record-breaking earthquake followed by a tsunami, together triggering a series of malfunctions in several units of the Fukushima nuclear power station.

My interest in what is happening in Japan is both professional and personal. On the professional side, I am of course interested in what went wrong at the power plant and why, and on how we can learn from this experience. On the personal side, I have lived in Japan and have many friends there, so I am especially saddened by the multiple tragedies they have suffered. I have even visited Sendai, the city hardest hit by the earthquake and tsunami. It is difficult to imagine the pain so many people in that area are now experiencing, and my thoughts are with them as they face the challenges of rebuilding their shattered lives.

I have deliberately not written anything until now, while I tried to sort through my feelings and to figure out what was really happening. While I still don't feel that I can address the many technical issues, I can comment on some of what I have observed over the past week, and what it might mean in the months and years ahead.

First, it is truly inspirational to think of the bravery of those who have, and still are, been fighting to get the power station under control, all the while knowing they face possible death or disease.

Second, it was a little surprising to me how much misinformation circulated about the unfolding events. It seems that our advanced communications technology spreads disinformation ever more efficiently.

Third, public concerns raised by the accident were only heightened when overly optimistic predictions made by some experts repeatedly proved wrong. While well-meaning, when reassuring predictions turn out to be false, they tend to undermine the credibility of the entire profession.

Fourth, it was somewhat disappointing to observe how some traditional nuclear opponents used the accident as a chance to further their agendas, claiming it as "proof" of their claims about nuclear power, regardless of whether the plant or the circumstances were really relevant to their viewpoints at all.

Finally, it has been heartening to me to see a number of public figures, both in the US and abroad, speak up to say that nuclear power is still needed.

It will be months, and maybe even years before we know the whole story about this accident and assimilate the lessons learned from it. In the meantime, we are already seeing some of the consequences of the event. Some countries have announced that they are slowing or suspending plans to build more plants. Others are likely to follow. The reviews almost all countries are doing of their existing plants may lead to some needs for changes, and perhaps even to a few early plant closures.

Nevertheless, from what we can see today, nuclear power will continue to play an important role in meeting needs for clean energy around the globe. While we will certainly face some challenges, most existing nuclear power plants should be able to continue to operate, and many of the plans for new plants will also continue to move forward.

Posted by Gail Marcus at 8:44 AM No comments: 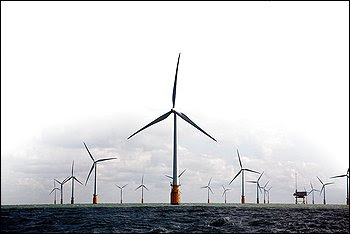