What are the Job Requirements? 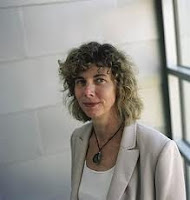 With the nomination of Dr. Allison Macfarlane to be an NRC Commissioner and Chairman of the Commission, the discussion of qualifications has been opened once again.  Concerns have been expressed because her doctorate is in geology, not in nuclear engineering, and because she has no management experience.

Are these valid criticisms?  What should the academic and experience requirements be to be an NRC Commissioner?  To be the Chairman of the NRC?

Let's look first at the technical qualifications.  If you look back over the history of the NRC, we have had Commissioners from a variety of backgrounds.  Some, but not a majority, have been nuclear engineers.  Many, but not all, have been scientists.  Some have been attorneys.   Some of the Commissioners who were not trained as nuclear engineers worked on nuclear issues on Capitol Hill.  Others did not.  A few Commissioners have been businessmen from totally outside the nuclear field.  Most Chairmen have had management experience, but some have had none.

Most of us who have watched the Commission for many years can probably point to the Commissioners and the Chairmen we thought did a great job and the ones who we thought weren't so great.  I daresay if we each looked honestly at our own lists, the names on them would not all be nuclear engineers.  They would likely be a mix.

What is it that has distinguished the ones we thought were great?  It is that they were smart and thoughtful.  They were objective and open-minded.  They were safety-focused and realistic.  They took the trouble to develop an understanding of the technical issues, they listened to all points of view, and they were willing to work with the staff and the other Commissioners to arrive at sound decisions.

A nuclear engineer can do those things, but so can a physicist, a chemist, an attorney, or an English major.  Or a geologist.

As a nuclear engineer myself, I do, of course, like to think that nuclear engineers can do a better job than others.  Certainly, it has to be helpful.  But I am hard pressed to say it is necessary.  NRC's work spans many technical disciplines, not all of them reactor-related.

What is more relevant than her academic discipline is whether Dr. Macfarlane has the ability to review all issues before the Commission fairly and objectively.  She comes into the job with positions on several issues that may not be in line with those of the other Commissioners.  What is relevant is how she is likely to handle those issues.

The other issue that has been raised is Dr. Macfarlane's lack of management experience.  This certainly is a valid concern, but it may not be the make-or-break issue.  What may be more important, particularly in the current environment, is her interpersonal skills.  Since I do not know Dr. Macfarlane personally, I can't comment on those.

I have deliberately chosen not to take a public position on this nomination because I do not believe that I have all the facts.  While there are certainly other individuals who could have been selected for this position and who would not arouse the same degree of concern, that is a moot point.

The focus at this point should be on assessing whether Dr. Macfarlane can act fairly and impartially on all issues that may come before the Commission.  A geologist should be able to do that.  The question is--Can this geologist do that?