Too Cheap to Meter, Take 2:

My last blog ("Too Cheap to Meter"), which I thought would be a quiet reflection on a statement spoken long ago, drew an unexpectedly vigorous response from several readers.  The responses were informed and thoughtful, and gave me some new food for thought.  Therefore, I decided to devote this next post to reflecting on what I learned from some of the responses, and what they may mean.

First, to put things in context, I want to reiterate that my last post spoke about a comment made by Lewis Strauss in 1954 when he was chairman of the Atomic Energy Commission.  Specifically, he said:  It is not too much to expect that our children will enjoy in their homes electrical energy too cheap to meter.  Afterwards, several people in a position to know what was on his mind said that he was referring to fusion power.  One bit of evidence was that he had recently seen a secret experiment on fusion.  I myself, looking at the rather optimistic predictions in the rest of the statement from which this quote was extracted, saw it as an attempt to lay out a utopian vision of the future.

I further commented that the statement has been taken out of context to "prove" that nuclear power has failed to deliver on a "promise."  It is that premise that sparked the unexpected response.  I had comments on all sides of the issue.  Some provided possible further context for Strauss' statement.  Several pro-nukes weighed in and talked about "too cheap to meter" as a real possibility.  One even cites an area (Spokane, Washington) that had unmetered electricity in the 1920s and 1930s.

I will not attempt to recap all the great comments here.  I encourage all to read them if you haven't already.  They did get me thinking, and what I want to do with the rest of this posting is to go through some of the additional thoughts sparked by the comments:

"Too cheap to meter" doesn't necessarily mean free.  Most of us, when we hear the phrase "too cheap to meter," assume that means something is free.  If it's too cheap to meter, the cost must be inconsequential, right?  Wrong!  If Strauss had meant free, I suspect he would have said "our children will enjoy electrical energy as free as the air they breathe."  (OK, OK, I realize that air is getting to be a precious commodity, too, but that was in 1954!)

"Too cheap to meter" doesn't even necessarily mean cheap.  What some of the comments really brought home to me is that the most important words in this phrase are the words "to meter."  Strauss might have been talking about the marginal cost of electricity.  To be honest, we can't know that for certain if that's what he consciously meant, but if he really just thought that the electricity would be cheap, why did he add the words "to meter"?  Why didn't he just say, "our children will power their homes for only pennies a day"?

In fact, as you can see from the comments on the last post, some pro-nukes today feel that "too cheap to meter" may yet be possible.  Their point is that the cost of metering may not be worth the effort.  By the way, this is also the case for hydro, solar, and wind systems, where the cost of the "fuel" is zero.  But this does not mean that the utilities would go into the business of giving electricity away.  They would charge a flat rate (or one of several flat rates, based on load).  I have not done a detailed cost analysis to try to estimate what kinds of rates utilities would have to charge under such a scenario, but I note that getting rid of metering wouldn't necessarily mean that electricity would be low cost.

The bigger question is to ask what are the chances that we would move to such a pricing scheme.  I think this would be extremely difficult in most areas in the near term.  One problem is a practical one--a majority of our electric power today is supplied by fossil fuels, which certainly have substantial marginal costs.  This would make it more difficult to establish flat rates for electricity use.

Furthermore, even a country like France, which has 80% of its electricity supplied by nuclear power, does not use a zero-marginal-cost pricing scheme.  My husband and I have lived in two countries outside the U.S., France and Japan.  Both of them actually charged electricity users two ways--by a flat rate based on peak load limit plus a marginal rate based on actual usage.

In fact, when we moved to Japan, we found ourselves regularly tripping the circuit breaker in the apartment whenever we did the laundry.  The circuit breaker was set to limit us to a certain peak load.  It turned out that we couldn't run the (tiny) washer and dryer at the same time--unless we shut off all the lights and unplugged the refrigerator.  The solution was to either hang the wet laundry on the balcony and then stay home to watch it dry (it rains a lot in Tokyo, so if you leave the apartment, it is hard to get the laundry dry), wash and dry one load before starting another (which would have only one appliance operating at a time, but would require twice as long to get the laundry done), or to pay more to be allowed to draw electricity at a higher rate.

Furthermore, given the complexity of our current electricity system, with its multiple sources of electricity, and its significant reliance on natural gas for peak loads, any pricing system would have to deal with a mix of sources, some of which have more marginal costs of electricity production than others.  Therefore, any system we adopt might have to go to a dual pricing system such as I experienced in Japan and France.  Perhaps ultimately there could be other technological options that would truly be "not worth metering," but that would be hard to accomplish today.

Finally, I have to wonder if unmetered electricity would really be a good thing for society.  I think of the "all you can eat" buffets--and the rapidly expanding American waistlines.  (I know, I know--this from the person who paid more to use two appliances at once.) 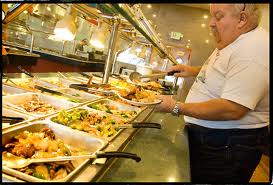 Therefore, I think it is not highly likely that we are going to see truly unmetered electricity in the foreseeable future.  However, I am grateful to all who commented for the chance to clarify my understanding of this subject, and hopefully, to broaden the understanding for others on this subject as well.

In my own utopian vision of the world, perhaps there will come a time when we will be able to converse with someone from the past and ask, "What did you mean, Chairman Strauss, when you said electricity would be 'too cheap to meter'?"