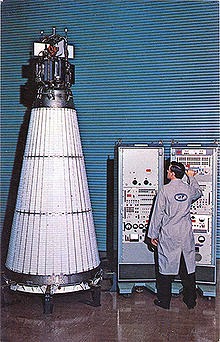 In this blog, I continue the series I started late last year of highlighting important events in the history of nuclear power that occurred in the month of April.  These same events are covered chronologically in my book, Nuclear Firsts:  Milestones on the Road to Nuclear Power Development.

Sadly, the last event of the month is the April 26, 1986 accident at Chernobyl in what was then the Soviet Union (now Ukraine), which was the first accident at a large power reactor with offsite effects, immediate and delayed deaths, and environmental contamination.

Once again, the list is impressive for its breadth--from underground to outer space, from nuclear plants in their infancy to their "mature years," and more.  And two events on April 15--something to think about as you work on those income tax returns!