Is the Present Situation Sustainable?
One question that keeps recurring in the discussions of Japan after Fukushima is whether the nuclear power plants that are now shut down are actually "needed." Although many sources warn of likely energy shortages, others point out that, after all was said and done, Japan survived last summer without the threatened power brownouts and blackouts. This suggests, they say, that Japan had power to spare and can now easily get along without its nuclear plants.

1. Last summer, some of the nuclear power plants in Japan were still in operation. This coming summer, most or all plants will be shut down, so there will be less power available than last summer. Following Fukushima, the remaining nuclear power plants in the country were not all immediately shut down. In most cases, they continued operation until their next regularly scheduled maintenance shutdown. Following that shutdown, in accordance with established practice in Japan, the plants were not to be restarted until permission had been received from the local governments. In the past, this permission was routinely granted. In the wake of Fukushima, however, the surrounding towns have withheld permission pending the completion of stress tests, assurances of the adequacy of earthquake and tsunami defenses, and perhaps compensation. To date, no plant has been allowed to restart. It seems likely at this point that this coming summer will see few, if any, nuclear power plants restarted. Therefore, the supply of electricity this summer is likely to be considerably tighter than it was last summer.

2. According to reports, Japan was fortunate that it did not experience an exceptionally hot summer. A hotter than average summer would increase the demand for energy. I'm not a weather expert, so I can't predict what is going to happen this coming summer, but I know that 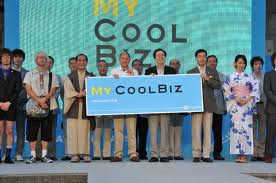 temperatures vary, and that there is a range around an average. Next summer's temperatures could be cooler--but they could also be hotter. As anyone who has spent a summer in Tokyo knows, even the average temperatures are pretty hot and uncomfortable. Even the Hawaiian shirts suddenly popping up in Japanese offices as a result of the Cool Biz campaign don't always bring enough comfort. A hotter summer without the usual power available could be unbearable.

3. Japan managed its crisis in part by ramping up its use of old thermal power plants. This has 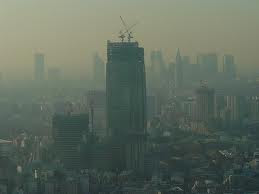 increased the levels of carbon emissions and other fossil fuel air pollution. Tokyo is already notorious for its high levels of pollution. These older fossil plants do not incorporate the most advanced fossil plant technologies, and even the most advanced fossil fuel plants have much greater emissions than nuclear power plants. The increased emissions are, of course, counter to Japan's goals and international commitments. This is clearly not a good long-term option for Japan, yet replacing these plants with new electricity sources of any type will take a number of years. Fossil fuel emissions have been associated with health effects, particularly among the elderly and those with certain illnesses. Prolonged reliance on an increased use of older fossil fuel plants is likely to result in chronic illnesses and even deaths in some segments of the population.

4. The cutbacks in power caused discomfort and inconvenience--or worse--for much of Japan's population. Japan reduced demand by cutting back on "unnecessary" uses of power. This required homes and offices to decrease the use of air conditioning, reduce lighting, turn off escalators, etc. All of these options work OK for most of the people, most of the time, but can be difficult to devastating for elements of the population. Japan has an aging population, and using the subways can be difficult enough under ordinary conditions. Walking long flights of stairs when escalators are shut down can be nearly impossible for the elderly, or for anyone handicapped. In very hot weather, it can be dangerous. Even in their own homes, the elderly and the infirm can suffer when temperatures soar. I have not seen any statistics on deaths due to heat stroke, but I suspect there were some, and others are also predicting that there could be more problems.

5. The reduced energy supply affected Japan's economy. Continued reductions in energy supply will prolong the effects on the economy. With the shutdowns of Japan's nuclear power plants, factory production was reduced or moved to lower-demand periods. This cost the economy jobs and reduced its exports, resulting in record trade deficits, and the loss, to General Motors, of Toyota's coveted status as the world's top selling automaker. Industries have been considering moving some of their manufacturing to other countries if they believe the energy shortages will persist. The loss of jobs and, worse, the loss of exports, would cause a sustained negative impact on Japan's economy.

In short, and not surprisingly, the overall picture is very complicated. Japan has so far weathered the loss of energy from its nuclear power plants by a combination of measures, including cutting back on demand in various ways, and substituting fossil fuel energy sources. All of these measures have had different negative impacts--on the environment, on the economy, and on the lives of members of the public. All of the effects are likely to get worse if the shortage of energy continues. Furthermore, the situation is now worse than it was last summer, when some of Japan's nuclear plants were still operating, and the situation will be even worse if 2012 brings Japan an unusually hot summer.

All in all, I don't think the fact that Japan got through last summer without brownouts or blackouts is a sign that the country can continue to function without any of its nuclear power plants unless the country and its people are ready to accept a significantly lower standard of living, a greater incidence of health problems and premature deaths, and a substantially reduced role for Japan in the global economy.