Is a New Round Emerging? 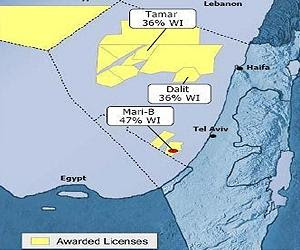 I was never ve 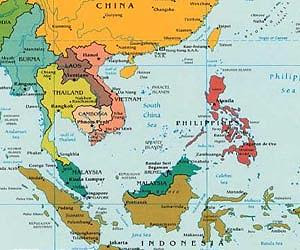 ry good at history in high school. I much preferred the physical sciences, where I could derive most of the answers to test questions, as opposed to subjects like history, which required a lot of rote memorization of names and dates. I survived only by learning a few tricks. For example, I noticed that my teacher always had a question on the causes of each war we studied, and I noticed that disputes over resources were almost always among the top causes. Thus, every time the question came up on the cause of any war, my first answer was always resource disputes. It never failed!

Thus, I suppose I should not be surprised to notice that the countries of the world are still bickering over resources today. While the disputes have not yet led to open warfare--and I sincerely hope they don't--the saber-rattling should alert us to the risks the world faces by relying on energy sources which are limited in supply and unevenly concentrated around the world.

There are not one, but two, such conflicts brewing around the world. Both have been developing over the past few months and both involve disputed claims of sovereignty over offshore gas and oil fields. One involves the new offshore gas fields discovered in the Middle East. The dispute threatens to exacerbate already existing tensions between Israel, Lebanon, Turkey, and the Greek Cypriots. The second involves the offshore oil fields in the South China Sea. This one has India and Vietnam pitted against China, with the Philippines, Brunei and Malaysia also making claims. China is clearly staking out its territory in the South China Sea, and Israel is doing the same in the Mediterranean.

At one point a couple of months ago, articles on both disputes hit the press on the same day. While I'd seen other news items on each dispute, seeing them both in the news the same day really drove home for me the fact that, as we focus on the relatively recent concern about global warming from fossil fuels, we have tended to forget the long and painful history of international conflict over access to critical oil and gas resources.

These disputes make it painfully clear that the historical battles over fossil fuels have not disappeared. In fact, they may be reaching a new and dangerous phase. Admittedly, some of the reasons for the rising conflicts between countries in these areas go beyond oil and gas resources. They including fishing rights and shipping lanes in Asia, and both recent and long-standing political issues in the Middle East. But oil and/or gas deposits are growing factors in each case.

Unfortunately, these kinds of spats are likely to continue for a very long time. There is no way to replace existing and future demand for fossil fuels quickly. However, the more slowly we move to reduce our dependence on fossil fuels, the more such international conflicts will escalate.