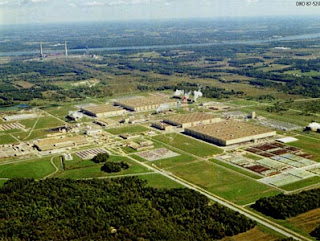 For my first example of “The Rest of the Story,” I’d like to explore the question of net energy generation from nuclear power.

One of the stranger allegations I keep hearing is that nuclear power generation really results in a very high level of carbon emissions. The allegations acknowledge that the reactors themselves don’t produce carbon emissions, but point to the rest of the nuclear fuel cycle.

The allegations seem to be based on the fact that the enrichment step of the nuclear fuel cycle has historically been an energy intensive step, and that the energy used for enrichment has traditionally been supplied by coal-fired power plants, which emit carbon dioxide into the atmosphere.

Some sources even suggest that the energy required in the nuclear fuel cycle is so large that the reactors do not really supply much net energy, or allow much net reduction in greenhouse gas emissions.

This allegation doesn’t hold up to analysis, and numerous comparisons of greenhouse gas emissions from various energy sources routinely put nuclear in the same range as wind and solar energy—very low.

Even for the “old” technology for uranium enrichment, gaseous diffusion (still used in the United States), the energy required for uranium enrichment, while substantial, is still only a small fraction of the total energy generated by the nuclear power plant. Using figures from the World Nuclear Association’s summary of Uranium Enrichment that about 100,000-120,000 SWU (the separative work units used as a measure of enrichment capacity) is required to enrich the fuel for one year’s operation of a typical 1000 MWe light water reactor, and that gaseous diffusion requires about 2500 kWh per SWU, a simple calculation shows that enriching the fuel requires only about 3% of the energy the reactor can generate. That sounds like a good bargain to me.

Furthermore, gaseous diffusion is increasingly being replaced by the more advanced centrifuge enrichment process. For this process, the energy used to enrich fuel is only about 2% of that needed for gaseous diffusion. This reduces the energy required for this part of the fuel cycle to a very small fraction of a percent.

Another claim is that enrichment processes use chlorofluorocarbons (CFCs), or Freon, for cooling, and that these compounds are even more potent greenhouse gases than is carbon dioxide. While I am still in the process of researching this issue, I should note that the claim appears to be both specific to the gaseous diffusion process, and based on old practices. The transition from CFCs to less damaging coolants and the expected move from the gaseous diffusion to the centrifuge enrichment process make the basis for this claim outdated.

Other parts of the fuel cycle—mining and milling, conversion, and fuel fabrication, all require much smaller amounts of energy. (See, for example, an IAEA paper entitled, “Greenhouse gases and the nuclear fuel cycle: What emissions?”)

The one unknown sometimes cited in the allegations is that increasing use of nuclear power will exhaust high quality reserves, and that mining the lower quality reserves will take a lot more energy and result in a lot more land disruption.

The prediction of resources in the ground is an art that I don’t pretend to understand. However, I do know this. The exploration and full characterization of resources, be they oil or gas or coal or uranium, involves costs and effort. Mining companies expend the effort as it is needed. Reliable reviews, such as the well-known “Red Book” (Uranium 2007: Resources, Production and Demand) published by the Nuclear Energy Agency have concluded that there are sufficient resources for some time. An NEA Press Release summarizes the results of that study.

Even assuming that we must someday begin to use lower quality resources, the IAEA study shows that mining and milling currently requires only about 0.1% of the energy that the resulting nuclear fuel can generate. Therefore, the energy required for mining and milling would have to increase by perhaps a factor of 10 before we would get to the point that it seriously affected the net energy production from nuclear power.

It might be argued that I have not accounted for all steps of the nuclear fuel cycle. Frankly, I don’t have full data, and am seeking more information. However, it strikes me that spent fuel stored on site does not require much expenditure of energy, particularly when it is transferred to dry casks. A repository is like a mine, so I would assume the energy expenditures required to move fuel into a long-term repository (including the transportation to the repository) are roughly equivalent to the mining step. Reprocessing used fuel would surely be pretty energy intensive, but then you would end up with new fuel.

As far as greenhouse gas emissions are concerned, we should also keep in mind that enrichment doesn’t have to be fueled by coal, and mining doesn’t have to be fueled by petroleum products. We can envision someday replacing the current coal-fired plants that power enrichment facilities with nuclear power plants, and we can even envision small nuclear reactors built near mines (for uranium and other resources) to power mining operations. If and when we build reprocessing facilities, we can build them with or near nuclear power plants to meet their energy needs. We would still need energy to fuel these processes, but with that energy provided by nuclear power, we could reduce the greenhouse gas emissions from these steps.