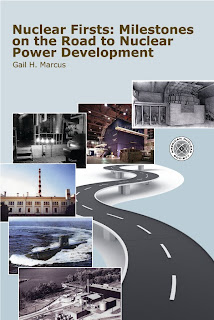 The Story of Nuclear Power Technology Development
I have been holding my breath for several weeks now. My first book, Nuclear Firsts: Milestones on the Road to Nuclear Power Development, was due to be published. I have just received the first copies, so I can finally exhale.

Writing the book has turned out to be a revelation for me for me in more ways than one. I really thought I knew what most of the "firsts" were, but as I probed, I found more and more firsts. Ultimately, what I thought would be a couple of dozen "firsts" turned into a list of about 80.

Some facilities and events that I have always thought were firsts have proved not to be. There was a demonstration that used a reactor to produce electricity (albeit only a tiny trickle of 1/3 watt) several years before the 4 light bulbs were lit by the EBR-I in 1951. There was a reactor that put power on the grid in the Soviet Union before it happened in the United States in 1955. There were several small reactors connected to the grid in the United States in the year before Shippingport, a "large" reactor for its time, began operation in 1957, as well as another "large" reactor that began operation in the United Kingdom. 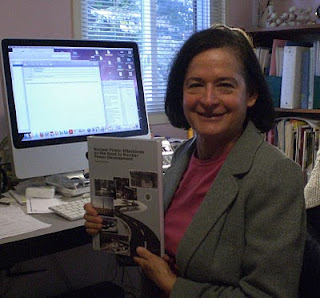 I was equally impressed by the number of important dignitaries of their day who presided at key events such as dedications of nuclear facilities. I was able to get photographs showing kings and queens and US Presidents dedicating new nuclear plants, and even a Pope discussing a new nuclear organization with its founders.

I could say much more, but perhaps the rest is best left for readers to discover for themselves. The book can be ordered by clicking on the icon in the column on the right of this page.

For those who have a further interest in history (as I seem to have these days), I have also done some research on the history and accomplishments of the OECD/Nuclear Energy Agency, where I used to work. A review draft of my findings is available.