A View from Some Experts 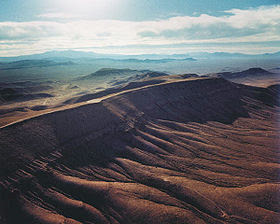 The long-standing debate over Yucca Mountain has recently taken a new turn, with action by the Nuclear Regulatory Commission to shut down its review, and objections by Members of Congress and others to that decision. Articles in the press and elsewhere have detailed most of the issues, including views on the legality of the action and the confrontation it is causing within the Commission.

Among the actions reported, former NRC Commissioner Kenneth C. Rogers has written to the Commissioners and the NRC Inspector General on this matter. His action appears to be related to a recent article he co-authored. Whenever issues such as Yucca Mountain are debated, it is a good idea to recall the history of the issue. The article that he co-authored does so. Therefore, I'd like to take this opportunity to step back and report on that article.

Specifically, the fall issue of the National Academy of Sciences publication, Issues in Science and Technology, carries an article on Yucca Mountain that is well worth seeking out in a library, if you do not have a subscription. (Because it is a subscription publication, I can't link to it.) Co-authored by Luther Carter, Lake Barrett, and Ken Rogers, the article lays out systematically what the issues are and what they think needs to be done.

The authors are all very well qualified to write on this subject. Luther Carter is a journalist who has written extensively on the subject of nuclear waste, Lake Barrett formerly headed the Department of Energy's Office of Civilian Radioactive Waste Management, and as noted above, Ken Rogers is a former Commissioner at the Nuclear Regulatory Commission. (In the interests of full disclosure, I worked for Ken Rogers for his first term as an NRC Commissioner.)

I will not try to recap all the points made in this article. I will simply note that it covers a number of important points in the long and convoluted history of the Yucca Mountain program, from the early days where three sites were being characterized, to the recent decision by the Administration to terminate the program. It also looks ahead to the decision the NRC needs to make and the role of the Blue Ribbon Commission in addressing waste issues.

The authors have done a considerable service in putting together this history and analysis of the issues and past actions. Despite the fact that many of us have been following this issue for years, pieces of the story have gotten lost over time. For example, most of us know that the Nuclear Waste Policy Act of 1982 called for the characterization of 3 sites, but that the 1987 revisions to the Act narrowed the scope to just one site, Yucca Mountain. The lore that has built up over this decision is that the State of Nevada was not politically powerful at the time.

This may in fact be true, but the article indicates that decision was also based on the results of the first round of studies, which had identified the Yucca Mountain site as superior to the other two candidates. On this basis, they conclude that "a more tentative or contingent congressional choice of Yucca Mountain would almost certainly have survived an impartial technical review, so in our view the hasty adoption of what soon came to be known as the 'screw Nevada bill' was as unnecessary as it was politically provocative."

The authors conclude by expressing great concern over how "the reputation of the NRC as an independent, trustworthy overseer of the civil nuclear enterprise" may be affected by the way it acts on this matter and expressing the hope that they "reassert the NRC's dignity and independence by upholding their own Yucca Mountain licensing board."

I hope that the points made in this article will be well publicized as the debate proceeds.