A Discussion at CSIS
On September 29, 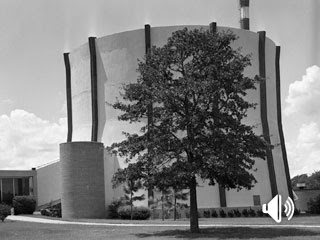 I attended a two-part session at the Center for Strategic and International Studies in Washington, DC that addressed several topics related to Small Modular Reactors (SMRs). Although there has been a lot of dialogue on SMRs recently, I still thought it might be useful to summarize this meeting, particularly for those outside the Washington, DC area.

Audios of the presentations are available on the CSIS website, so I'll limit my report to a few very selected comments, both from the speakers and the audience, that particularly struck me for one reason or another.

The first part of the meeting featured a presentation by David Solan, Director of the Energy Policy Institute at Boise State University, and Steve Peterson of the University of Idaho on their recent study, "Economic and Employment Impacts of Small Modular Reactors." The study showed the very significant economic and employment impacts that would result from a substantial commitment to SMRs. The study was limited to electricity production, and it did not look at specific SMRs, but rather a "generic" SMR. Several different growth scenarios were studied, and a variety of measures of economic impact (jobs, sales, earnings, etc.) were calculated. Among the results shown were projections of up to 7,000 new jobs and $1.3 billion in sales for the manufacturing and installation of a typical reactor. Unfortunately, the study did not compare any of the results to projections for similar growth of conventional large nuclear power plants or for other technologies, such as solar or wind.

The second part was a panel discussion. The 3 panelists were:

The 3 panelists covered a variety of topics, including non-electric applications of SMRs, and predictions of what SMR technologies might move the fastest (LWRs due largely to regulatory familiarity with them). Highlights of the panel discussion were several comments, including some from the audience, on how to get a new technology started. In particular, two comments from the audience pointed to past experience, one noting that previously, demonstration plants were built and operated before they were licensed, and the other noting that when DOD develops new ships, they typically sole source the first-of-a-kind (sometimes to several vendors) in order to test and refine the technology before making multiple orders.

Sharon Squassoni noted that IAEA now indicates that 61 countries are considering starting nuclear power programs, although she expressed concern that a number of them are on the "failed state index" that the Foreign Policy and Fund for Peace jointly publish. She expressed further concern about some of the small reactor technologies that may be marketed, particularly the Russian floating reactors, which could pose security challenges, and the Indian pressurized heavy water reactors, which, if spread further, could be detrimental to safeguards. She also questioned whether we want to see repositories in all the potential nuclear countries for the waste they generate.

In answer to a question on whether the US needed to be marketing SMRs to have influence in the international arena, Ms. Squassoni indicated that she felt the US had influence whether or not it marketed a technology. However, her example was reprocessing, where I think many people would disagree. She also cited Title 5 of the Nuclear Non-Proliferation Act of 1978 as saying that the US should assist in the development of non-nuclear energy resources in developing countries.

Of course, this was only one 2-hour session on a topic that has received a lot of attention in many venues lately, so it did not cover all issues. In particular, it did not discuss specific SMR technologies in any detail, and there are significant differences among the technologies with respect to some of the areas raised during this meeting, such as economics, safeguards and security. Still, the selection of topics and speakers made it a significant addition to what will surely be a continuing dialogue on this subject.

Late "Newsbreak": As I was completing this posting, I learned that the Institute for Energy and Environmental Research (IEER) and Physicians for Social Responsibility have just published a critique of SMRs that raises several of the same points made by Sharon Squassoni in her remarks.

I am somewhat reminded of the comment about paper reactors, but I now conclude that a paper reactor can either be perfect or terrible, depending on the assumptions. Clearly, the numbers used in this study assume the worst case in every case. Nevertheless, the growing concerns about the potential weaknesses of SMRs will have ot be addressed.