Observations on Japan and its Nuclear Program: 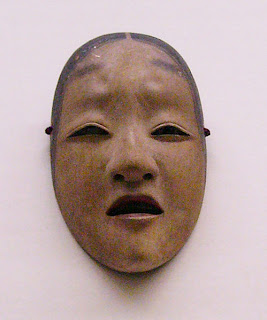 to me recently that it sounded like my recent posts on the Japanese situation were anti-Japanese. I was surprised to hear that, because nothing could be further from the truth. But if he thought that, others might also have the same impression, so I thought I should set the record straight.

First, my husband and I have a long-standing love and affection for all things Japanese. We have visited Japan numerous times, have lived and worked there twice, have seen more of Japan's famous sights than many Japanese (climbed Mount Fuji, traveled to Hokkaido, Kyushu, Shikoku and Okinawa, etc.), and have many, many good friends in Japan.

Having lived and worked there, I do feel I have more of an inside view of both its strengths and weaknesses. And truly, every personal trait or national characteristic has both a plus and a minus.

On the plus side, as we all saw in the aftermath of the earthquake and tsunami, the Japanese people--as a whole--are more cooperative, more patient, and more polite, even in the face of unspeakable calamity, than many other nationalities. (I say "as a whole" because I realize that any population exhibits the whole spectrum of human behavior, just in different proportions.) I'll leave it to sociologists to explain why, but I have encountered the kindness and helpfulness of strangers many times in Japan. Also on the plus side, I have never seen a more diligent and dedicated workforce.

On the minus side, maybe the same communal perspective that encourages people to help each other and to share scarce resources also causes organizations to tend to close ranks and protect each other in the face of a revelation of wrongdoing or misconduct. Maybe the well-known horror at the thought of losing face causes people to try to hide mistakes instead of acknowledging them and fixing them.

Since my last posting, new revelations have come to light about attempts by the Japanese nuclear regulatory authority to "stack the deck" at public meetings, so I think I can stand by my previous observations. I suspect I could draw up a similar set of pluses and minuses for American workers, but the U.S. is not as much in the spotlight at the moment.

The point of bringing these things up is not to try to trash the Japanese character. It is just to try to share my perspective on why events have unfolded as they have, and to point out some of the behaviors that should be considered closely in making decisions about how to revamp the Japanese nuclear industry and its regulators. Just as an individual can train him- or herself to suppress certain behaviors and to emphasize others, or to exercise somewhat different behaviors in different situations, so can an organization.

As the Japanese are grappling with the aftermath of the Fukushima incident, I hope the insights I have offered and may continue to offer can provide some suggestions about what to do in the future.