Good News in the Nuclear World:

Reflecting on a Good Week 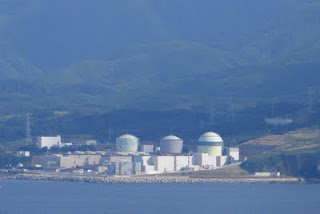 For a change, most of the news on the nuclear front this past week seemed to be good:

- One reactor in Japan that had been down for repairs was permitted to restart by the local authorities. Under the Japanese system, approval from the local government is a step in the restart process after outages at nuclear power plants. It had been expected that local opposition might make it difficult for local government officials to give such approval, so getting that first approval is a positive sign. Of course, other regions and other government officials may respond differently, and any further hiccups at Fukushima could continue to erode public confidence, but for now, there is at least one sign that cooler heads can still prevail in Japan.

- The Board of Directors of the Tennessee Valley Authority (TVA) approved the completion of the Bellefonte nuclear power plant. No board members voted against the move. There had been some vocal local opposition, which included demonstrators costumed as zombies, but they did not sway a single member of the board. Bellefonte had been under construction when it was cancelled in the late 1980s, so its resurrection is a welcome sign.

- NRC has completed its safety evaluation for two reactors, Summer 2 and 3, proposed for construction by SCANA Corp's South Carolina Electric &Gas and has found no safety issues that would preclude issuing a license for the construction and operation of the plant. A mandatory hearing is still required, but this is a major milestone for that project.

- Despite all the rhetoric from New York's state capital, a poll showed that 49% of the residents near the Indian Point nuclear power plant want it to remain open. While some might not find that terribly impressive--after all, it is technically less than half--there is always an undecided group, so this 49% is actually more than the 40% in favor of shutting the plant down.

Individually, these are small steps, and clearly, this is no time to rest on our laurels. There is much, much more to be done in all these cases, as well as on many other nuclear matters. Still, having four positive events occur in close succession gives some hope that people are getting past the news of the past few months. That, to me, is a very hopeful sign.